In this final session of my practical guideline for User Centered Design, we're going to look into the topic of visual hierarchy and appropriate sizing and weighting in the UI. This can be considered as a kind of fine-tuning for user centered design, when we move beyond the basic usability expectations and try to create an environment where a strong engagement can form between the users and the platform.

Size matters, but it does in regards to the occupied surface and not the relative size of the element; hence, filled elements are more dominant than outlined elements, even when relatively smaller in size. The bigger the filled surface is, the more visibility the element has and the more attention it receives from the users’ limited cognitive resources. As a consequence, big color spots mean hot spots in the UI.

The key areas where visual hierarchy can be used to trigger the expected emotional response on the users' side are:

Thank you for your dedication in making all of the way through this UI Design Process mini-class.  During the six sessions, I’ve aimed to introduce a systematic approach to using the elements and principles of design in the creationof those ‘fast and easy’ interfaces that engage users.

I’ve made the sample UI downloadable below, and encourage readers to repeat the corrections using their own design decisions in order to practice systematic approach and develop their own design process.

How to Prevent Negative Emotions in the User Experience

The Moment of Truth - Build Desirable Relationships with Users

The 7 Factors that Influence User Experience 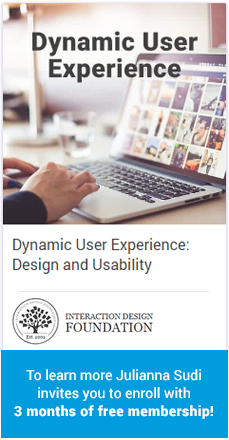